Amazing program puts needed vittles on the table all at the hands, donations, and efforts of hunters. READ MORE

It is a fact that hunters are the world’s top conservationists and do more for wildlife than any other group. But what many people don’t know is how much we hunters care about our fellow man and how proactive we are in helping people in our own communities to fight hunger. For nearly 30 years, we have been helping to feed those less fortunate through the Hunters for the Hungry (HFTH) movement, sharing the wild game we harvest through state-based programs where we hunt and live. By donating and in many cases also paying to process the meat, we are providing a high-protein, low-cholesterol meat source to those who otherwise would go hungry.

For someone who spends a fair amount of time in Virginia, I am proud that one of the most prominent HFTH programs is Virginia Hunters Who Care (VHWC). Launched in 1991, it has provided more than 27.7 million quarter-pound servings to feed hungry Virginians to date. VHWC holds fundraisers across the state that my wife and I try and attend, the most recent being the 8th annual VHWC banquet in Manassas, Va., on July 20, where hunters mobilized to net $17,684.89. For anyone who thinks a gathering of hunters could not possibly make such a difference, VHWC Projects Coordinator Gary Arrington says this dollar amount is enough to fund the processing and distribution of 79,582 quarter-pound servings of venison.

Welcoming supporters to the event, Arrington shared an incredible eye-opener on why hunters taking action is so important. “One in eight families in Virginia alone is impacted by hunger,” he said. “Nearly one million emergency meals are served in the state each month, and nearly 50 percent of those receiving meat through the program are children and the elderly.” Think about that for a moment. Thanks to VHWC, in just eight years Arrington said this single fundraising event has raised $165,303.89, which equates to 743,867 quarter-pound servings of high-protein, low-fat venison going to men, women and children across the state.

In fighting hunger just outside our nation’s capital, Arrington added, “We want you to know the difference you make. We’re processing venison for 93 cents per pound so it goes a long way.” He explained it takes all of us in the hunting community, singling out the event’s corporate sponsors including Cabela’s and Sportsman’s Warehouse, conservation groups like the NRA and local chapters of Ducks Unlimited, the National Wild Turkey Federation and Safari Club International. “Please support these groups,” he urged. “Do business with the company that makes it possible for us to feed people.”

Arrington’s blessing for the meal included a prayer for freedom and to watch over and care for our fellow man and acknowledged VHWC founder David Horne, who passed away in 2002. Giving a heartfelt thank you, he said, “On behalf of Hunters for the Hungry and all those whose lives are touched by your generosity, thank you for all that you are and all that you do in support of our program.”

Arrington said VHWC’s goal for 2019 is to yield 325,000 pounds of venison with the ultimate goal of processing and distributing more than 500,000 pounds of meat per year. “In Virginia we are blessed with a bountiful whitetail deer herd and with donations of deer and successful program funding,” he said, “we continue to be able to provide an average of 1.2 million quarter-pound servings each year. We will process and distribute 4.5 quarter-pound servings for each dollar raised here tonight.”

Witnessing the Launch of a Movement
Like every other hunter who is aware of HFTH, I am a proud supporter. Before the national hunter-backed movement had an official name, as a Colorado outfitter in the late 1980s, I wanted to do my part to make sure every ounce of protein was used from the game animals my clients harvested to help others enjoy the health benefits of the low-cholesterol, high-protein venison. I started a similar program with my hunters who did not need or could not take their meat home. We covered the processing fees so I legally could donate the processed meat to senior living centers and needy families. Some recipients were older people who could not hunt any longer and missed the opportunity to have wild game in the freezer. But in most cases, I witnessed how the meat donations fed people who fought hunger every day.

By 1991, the NRA had gotten behind the HFTH movement on the national level and was running the NRA HFTH Information Clearinghouse to help put hunters in touch with programs in their communities. As an NRA Life member, I was proud of the NRA’s efforts and, years later, I continue to enjoy donating meat and attending local HFTH fundraisers in my home state and in the areas where I hunt. To date, one of the most prominent state-run HFTH programs to emerge is VHWC, which continues to receive grant funding from The NRA Foundation and other organizations that support its mission.

Important to note, while helping to feed people, VHWC — and every other state-based HFTH program in the country — helps to address other important issues. HFTH encourages hunters to harvest additional deer to help manage thriving deer herds by helping to reduce overall deer numbers statewide. It also enhances public safety on highways and near airports while helping to reduce crop and other damage caused by deer overpopulation. And finally, HFTH helps to promote the hunting heritage in a positive manner while demonstrating the respect and care we hunters show all across our country. State-based HFTH programs are non-profit feeding programs that promote both the tradition of hunting and the tradition of caring — hallmarks of the American sportsman.

Making a Difference
“We are so very blessed to live in this great nation of America, where no child should lay his or her head down at night and feel hunger,” said Arrington, leading into the start of the event’s live fundraising auction. “Please help us to meet our needs so we can meet the needs of those less fortunate all across Virginia. You can make a difference, touch the life of a stranger.”

And that is what the crowd did. As mentioned earlier, the live and silent auctions from this one event raised $17,684.89 for VHWC, with items including hunting and kayak float trips as well as firearms, hunting equipment, jewelry, Washington Nationals baseball tickets and a hand-crafted, hand-painted wooden U.S. flag. It was fun to bid on things and, on a couple of occasions, to win the prize, knowing every dollar raised made a difference.

About the Author: NRA Life member, award-winning outdoor TV host and recreational real estate associate broker Phil Phillips of Hayden Outdoors has hunted five continents, taking more than 200 big-game animals and nearly 60 species worldwide. Prior to hosting hunting programs, he started Colorado’s first Ranching for Wildlife Program for antelope, which he ran for 15 years. Working alongside professional land managers to restore and protect habitat, Phil went on to guide clients to 500-plus big-game animals that have qualified for the record book. In 1992 Safari Club International honored him as the North American Bowhunting Outfitter of the Year. Email Phil at phil@haydenoutdoors.com. 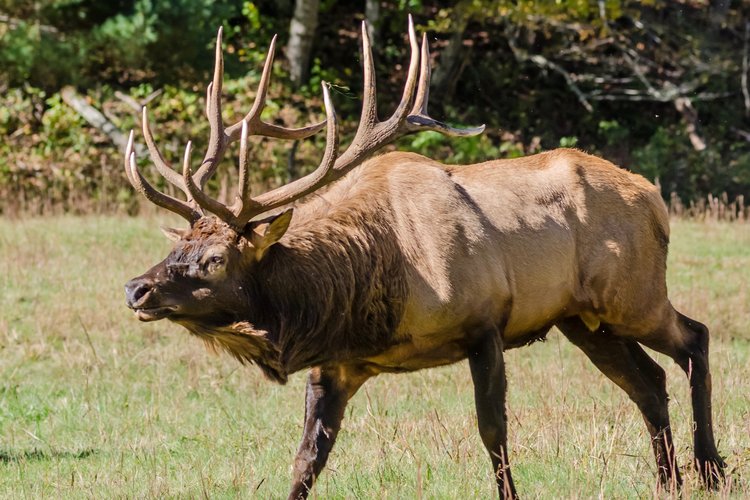 Following an incredibly successful effort last year, an elk tag for the 2019 Tennessee elk hunt will be available again this year through a raffle to be held by the Tennessee Wildlife Resources Foundation (TWRF). Last year the effort raised more than $220,000 for the Tennessee elk management program. Previously, when the tag was sold at auction, the most ever raised was $17,000.

This year a single ticket costs $20. Three tickets are available for $50, and 10 can be purchased for $100 and are on sale now until August 2. There is no limit to the number of raffle tickets that can be purchased.

The grand prize winner will have the opportunity to participate in the October 2019 rifle elk hunt in the premier Elk Hunting Zone within North Cumberland Wildlife Management Area. In addition to the elk tag, the grand prize winner will also receive a Best of the West Mountain Scout Rifle, with a Huskermaw Blue Diamond long range scope, and the option to have it filmed for an episode of The Best of the West Outdoor television series.

In addition to the grand prize, the TWRF has secured four other prize packages. A complete list of the prizes can be found at www.twrf.net.

Since the elk hunt was implemented in 2009, the Tennessee Wildlife Resources Agency has donated a permit to a Non-Governmental Organization to join other participants who will be chosen from a computer drawing.

“The Tennessee Fish and Wildlife Commission’s decision to offer an additional conservation tag is an innovative way to raise additional funding for habitat management and restoration,” said Joey Woodard, TWRF executive director. “We are proud to support the TWRA in this effort, and we have partnered with leaders in the outdoors industry to help us grow this initiative.”

Raffle tickets may be purchased online directly from the TWRF website.

A Chance to Hunt Elk in Tennessee and Win Great Prizes. 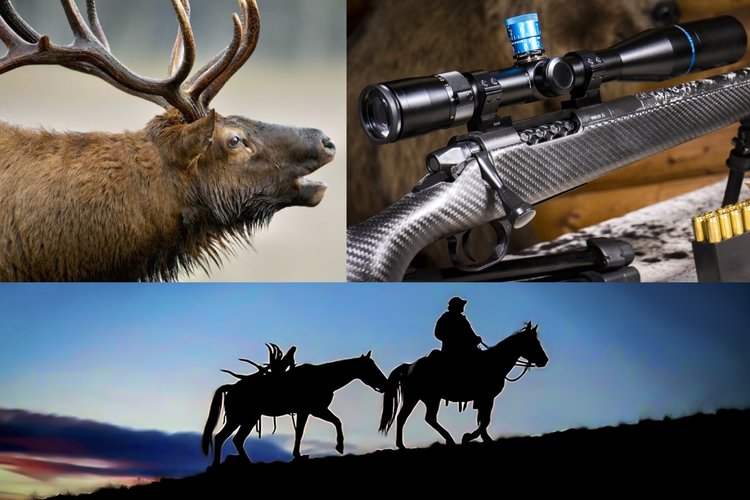 The Grand Prize winner will have the opportunity to participate in the fall 2019 rifle elk hunt on North Cumberland WMA in the premier Elk Hunting Zone 1. The Grand Prize winner will also receive The Best of the West Mountain Scout Rifle in 6.5 PRC topped with a Huskemaw 4-16×42 Blue Diamond long range scope. (Valued at $8,900) But that’s not all, the winner can have their elk hunt filmed for an episode of The Best of the West outdoor television series. 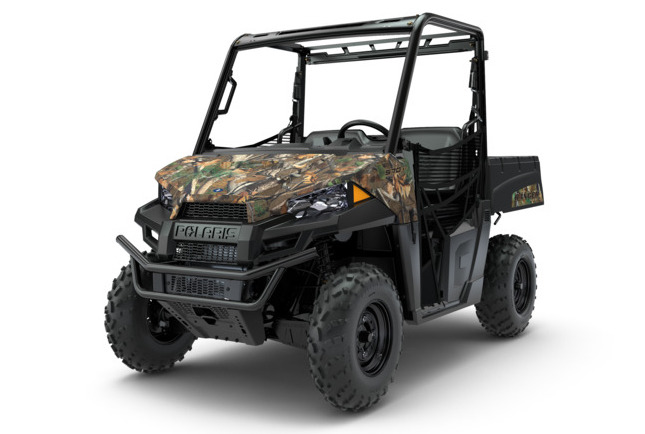 A 2019 Polaris Ranger 570 in Pursuit Camo. The RANGER® 570 delivers the best-in-class 2-person utility side-by-side performance with 44 HP and True On-Demand All Wheel Drive. This workhorse is equipped with the features you need to get the job done, and the comfort you want for a day on the trails or around the property. (Valued at $10,200) 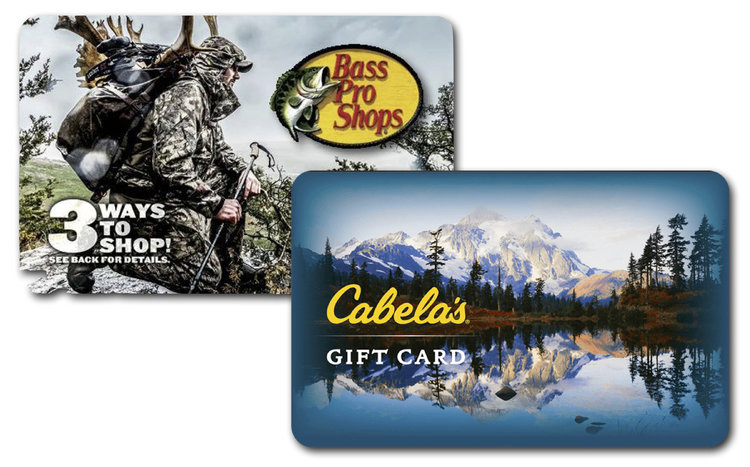 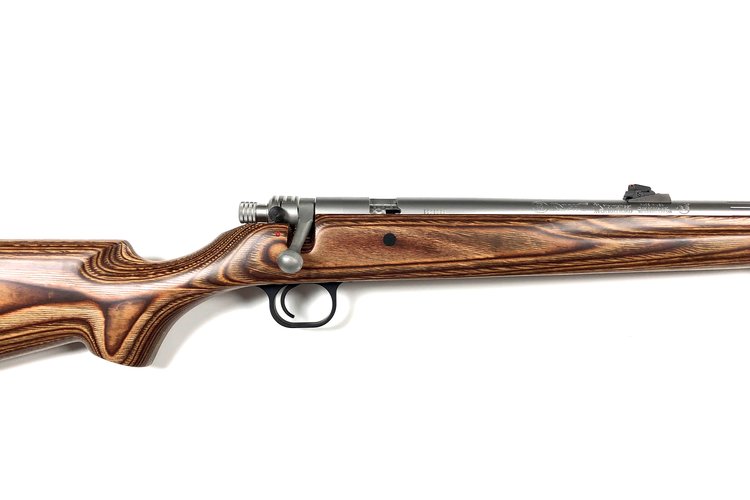 Knight .50 Caliber Mountaineer Muzzleloader. The Mountaineer features a 27” fluted solid 416 stainless steel match grade Green Mountain barrel with a laminated straight stock finished in nutmeg. This beautiful muzzleloader is claimed by many to be the most reliable and accurate muzzle loader on the market today, guaranteed MOA to 200 yards. (Valued at $1,125) 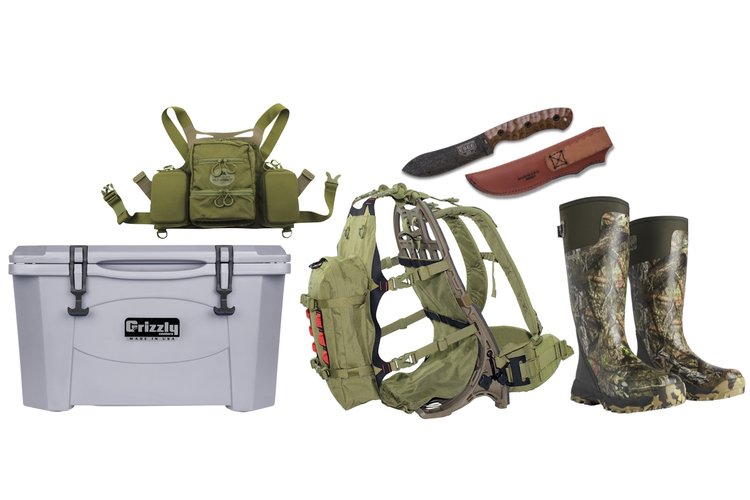 The deadline for purchasing tickets is Friday, August 2 at 11:59 p.m. (CDT). The electronic drawing will be held Aug. 5 and the winners will be announced at the commission’s Aug. 16 meeting.

“The results from last year’s raffle generated $224,840 in revenue and there was only one lucky winner,” said Woodard. “Although there’s still only one elk tag up for grabs, participants will have five chances to win valuable prizes this year and that should generate even more ticket sales to support conservation.”

TWRF is a non-profit organization dedicated to promoting habitat conservation, responsible land stewardship, and Tennessee’s hunting and fishing heritage for the benefit of TWRA and Tennessee’s outdoor enthusiasts.