A Canadian Special Forces [sic] sniper looks to have taken out an ISIS fighter from a world-record distance of 11,316 feet, or about 2.2 miles away.

Now, as shooters and reloaders, we know there are a myriad of details which went into making a shot like this successful. “The spotter would have had to successfully calculate five factors: distance, wind, atmospheric conditions and the speed of the earth’s rotation at their latitude,” Says Ryan Cleckner, a former U.S. Army Ranger who served several tours in Afghanistan, and wrote the “Long Range Shooting Handbook.”

Atmospheric conditions also would have posed a huge challenge for the spotter.

Cleckner says, “To get the atmospheric conditions just right, the spotter would have had to understand the temperature, humidity and barometric pressure of the air the round had to travel through.”

BUT WHAT ABOUT THE HARDWARE???

“While the ammunition that Canadian special forces use in the TAC-50 is “off-the-charts powerful,” with some 13,000 foot-pounds of force when it comes out of the muzzle, the speed of a bullet, a 750-grain Hornady round, is not as important as the aerodynamic efficiency of the bullet.”

Yes. You read it correctly. The rifle is great, the spotter was spot-on, the shooter held to his technique.

One of the largest factors was the bullet. A HORNADY bullet.

“The key to having a sniper round travel that far and hit a small target has less to do with speed and more to do with the efficiency with which the projectile moves through the air,” he said. 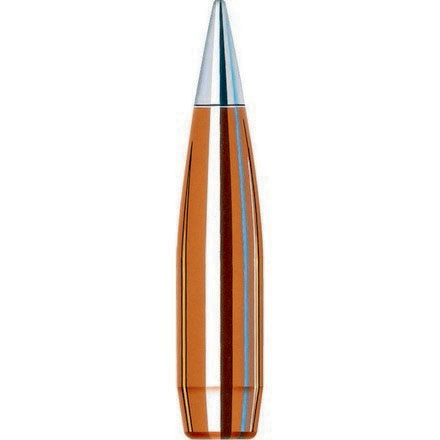 “That’s because while sniper bullets exit the muzzle at several times the speed of sound they eventually slow down to less than the speed of sound, and at that point they become less stable. An efficiently designed bullet reduces that instability, he explained,” Says Michael Obel of Fox News.

“When it all comes together, it’s ‘mission accomplished’.”

Well done, soldier! We appreciate you essentially disrupting a deadly operation about to take place in Iraq by these barbarians.

We have to ask! What’s your longest shot?

Wanna start shooting like this warrior? We have a few boxes left of the legendary bullet . Click Here to stock up!